On October 23, 1972 Lama Ole Nydahl and his wife Hannah had an audience with the Danish Queen, Margrethe II. Only a few days earlier they returned from almost four years in the Himalayas. They brought a letter from HH the 16th Karmapa Rangjung Rigpe Dorje, introducing themselves as his students and representatives in Denmark. Today we consider this date the beginning of Diamond Way Buddhism of the Karma Kagyu school of Tibetan Buddhism in the West, thus 2012 marking its 40 years anniversary and an important milestone in the tireless activity of Lama Ole Nydahl and his late wife Hannah. By bringing the living transmission of Buddha's timeless wisdom to modern Western societies tens of thousands of people have the opportunity to learn about the nature of their mind. See below materials related to this anniversary.

“Tonight is a very special night, not just because we are all here. We are here to celebrate something that has been a history. So, to celebrate something like that is always a good thing, so therefore I think here we would all like to thank and show our gratitude for the last 40 years of spreading the Buddha-dharma across the world, giving refuge, giving Phowa, and teaching Ngöndro, and bringing all of you together as a big family – a harmonious family, a family of practitioners.” 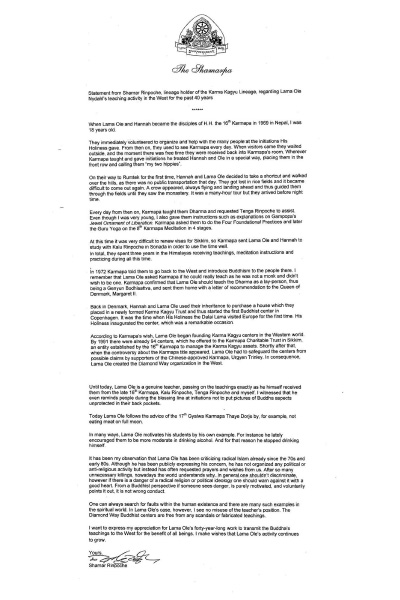 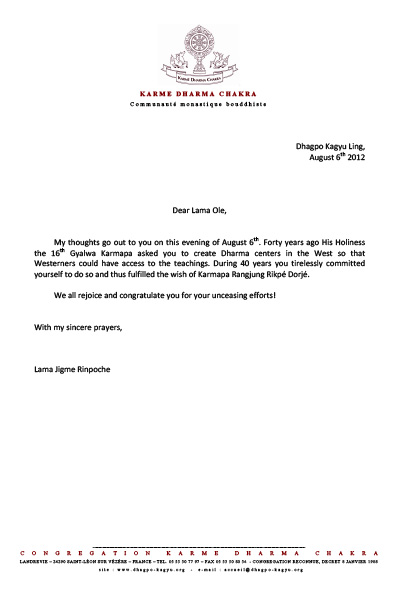 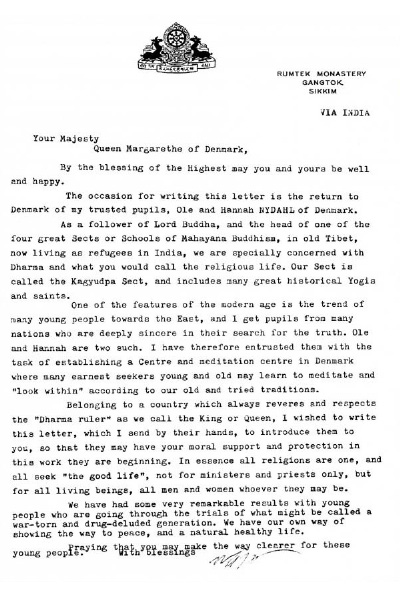